on September 25, 2019
We woke up, had dinner at the hotel restaurant. They had a surprise waiting for us, brought out a cake with dessert, to celebrate our Wedding Anniversary! Apparently our travel agent had mentioned it to them. Very sweet!

Day 2 was our first pre-booked tour, and stop uno was Windsor Castle, the residence of the British Monarch!  It was about an hour's ride from London. We arrived at the castle 30 minutes early (they open only at 10:00 AM), only to find a long line snaking thru' the outside roads already. It was cloudy, and a slight drizzle had started. We joined the line a little disappointed. In one of the street corners we saw another well-known symbol of England, the red telephone box.

We were admiring the outsides of the castle, and before long, it was ten o' clock.


We went through the State apartments, Semi-State rooms, moat room, and Queen Mary's doll house. The doll house was designed by one Edwin Lutyens, who, incidentally, was also the architect of India's capital city of New Delhi (aka Lutyens Delhi).

Windsor Castle hosts a Changing the Guard ceremony on certain days of the month, conducted by the British Army. (a more popular one is hosted by the Buckingham Palace). One was happening that day. We stayed and took a few snaps.
As soon as the ceremony ended, it was time to board the bus. We crossed St George's Chapel on our way out, which is also situated in the lower ward of the castle. It has been the location of many royal weddings, most recently of Prince Harry and Meghan Markle, in 2018.

Have you seen the movie Ice Age? Below is one of my favorite scenes, in which Manfred exclaims "Modern architecture. It will never last!" I have always wanted to see Stonehenge since I heard this line. And that was our next destination, about ninety minutes away from the Windsor castle. We spent the time productively, eating our lunch; a veggie sandwich, chips and cookies. Fortunately, the tour operator also supplied a water bottle.

We reached the visitor center, and then a shuttle bus took us to the actual site. It was about half-a-kilometre away. Situated in the Salisbury plains, it is dated to be more than four thousand years old, belonging to Neolithic or Bronze age. There were many debates about the purpose of Stonehenge. Today, it is widely accepted to be a prehistoric temple.
If you are an avid photographer, you can request special access to the stone circle. You can click the photos up close. Visiting hours are either earlier in the morning around 7:00 AM or later in the evening after 7:00 PM.

Next stop was The Roman Baths. As the name indicates, it is a Roman site used for public bathing. On the way, we crossed the Bath Abbey. We had time to marvel at it's gothic architecture only from the outside. (If we go inside, we may have to spend a few more hours, which we didn't have)

Then we reached the actual baths. We saw a main pool, surrounded by several smaller pools and a maze of rooms constructed below the street level. Natural hot springs supply water to these baths.


A trip to Roman Baths is not complete, without visiting the Grand Pump Room, a 19th century building that serves refreshments. We ordered the famous English scones and clotted cream, and finished it up with a hot cup of tea. 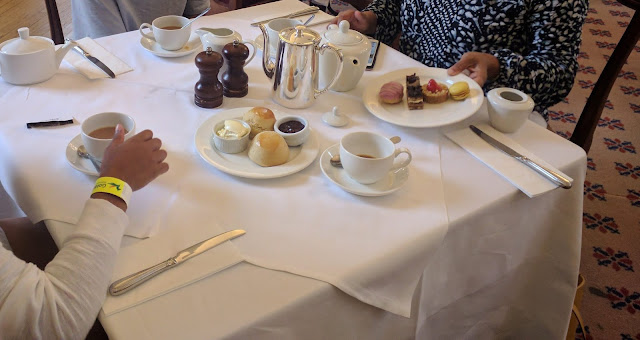 On the way back to London, we got down at the Baker street station. We had one more stop to make. Since we had watched all the Harry Potter movies, we were determined to find that entry way to Hogwarts School of Witchcraft and Wizardry. We took the Circle line from Baker street to Kings Cross station. At Platform 9 3/4, our day was complete.

While we were spending an excessive amount of money on small pieces of Harry Potter memorabilia, our bellies grumbled to remind us that we haven't had the dinner yet. One of our friends had recommended the Dishoom Restaurant which was, fortunately, only a 10 minute walk from the station. It was a Friday night, and even at that late hour, we had to wait more than 30 minutes to get seated. Carbohydrate filled naan-breads and creamy indian curry was what our bodies needed. We devoured the food like hungry wolves, and caught the next tube back to our hotel. 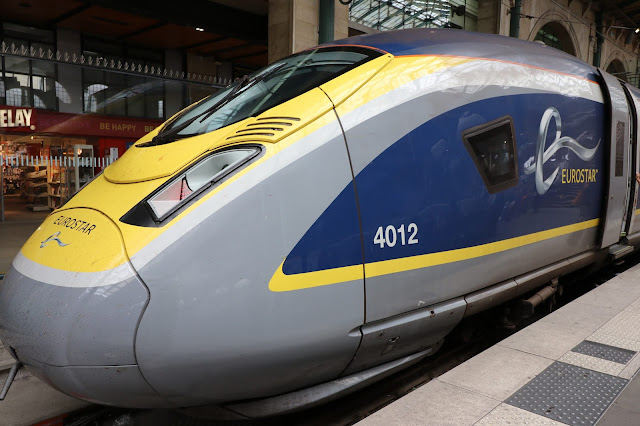